At an interaction here today, Commissioner Poudel shared that although the Commission had expressed its dissent over the date it reconsidered its stance following political consensus among the political parties for the same.

Poudel also urged the voters in province no 2 not to cast their ballots to the candidates in the upcoming election who do not abide by the election code of conduct. According to him, the political party representatives had formulated the code the conduct for themselves.

Stating that the impending third phase of local level, provincial and House of Representatives elections would be held within stipulated time, he said the Commission had also forwarded the voter education in an effective manner so as to reduce the number of invalid votes.

Similarly, Commission’s Spokesperson Surya Prasad Sharma shared that the voters roll was being prepared considering the new federal set up as per the government’s decision.

Works relating to election such as preparing voters name list, printing of the ballot papers and determining the polling centres were underway, according to the Spokesperson Sharma.

Sharma urged the voters to exercise their franchise without any fear and influence of any political party.

Present at the event were the Chie Returning Officer at the District Election Officer, Parsa, Humnath Parajuli, Purusottam Jha and Dhruba Adhikari among others local leaders and media persons.

They brought to the fore the local issues such the flood-damaged roads in their locality which could affect the voters to reach their respective polling centres and launch of voter education in as many as places to educate and aware the voters. 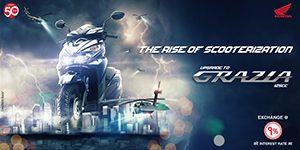